What Is IoT Security? 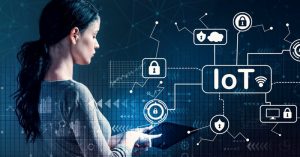 Organizations have only just begun discovering and benefiting from the opportunities provided by the Internet of Things. The ability to capture and analyze data from distributed connected devices offers the potential to optimize processes, create new revenue streams, and improve customer service. However, the IoT also exposes organizations to new security vulnerabilities introduced by increased network connectivity and devices that are not secured by design. And advanced attackers have demonstrated the ability to pivot to other systems by leveraging vulnerabilities in IoT devices. Our IoT security solution suite It is capable of monitoring billions of devices and their data transmissions.

Using a three-tier detection strategy it identifies threats as they occur on the network. These three strategies are signature-based detection, heuristics and anomaly-based detection. Risks are identified and flagged across these three security layers thereby allowing seamless movement and allowing integrity of data.

Our technical expertise and experience with Cyber and IoT security alongside our partner ecosystem bring trust to the IoT with solutions for device credentialing and authentication, firmware signing, and data confidentiality and privacy.

Why Is IoT Security Important?

Industrial and critical infrastructure operators are moving quickly to capture the benefits of process automation – by deploying billions of IoT devices. To protect the organization’s physical and business-critical processes, a concise IoT security strategy is also necessary.

Internet of things devices simply expand the attack surface and increase the risk of becoming a victim. From thermostats, refrigeration and HVAC [air conditioning] systems to a wide range of sensors, cameras, and process controllers, IoT security challenges lie everywhere.

IoT endpoints and systems have become trendy targets for attackers who want to compromise industrial control processes, and maximize the economic benefits of a cyberattack. The impact on large industrial environments can be particularly devastating.

What Makes IoT Security So Challenging?

The widespread use of internet of things devices creates unique IoT security challenges for traditional operational technology (OT), IT and cloud networks. The following are the reason why

To know more, see our IoT Solutions here or you can reach out to us to discuss your unique IoT Security requirement